This site is dedicated to the proposition that there is a HUMONGOUS shortage of work, and that nobody should do anything without proper extrinsic incentives. We want to be a commercial venture and we can’t believe people are not throwing money at us. We also cannot believe that people send us content and do not even ask to be paid. What is wrong with them?

Len Bakerloo has had enough BS for two lifetimes; his and yours. This idea that people should help each other without expectation of return is the straw that broke his camelon back.

He chose this name for the site because he considers www.NoShortageOfWork.com to be the anthropornification of the opposite of everything he believes in. And he considers NSoW’s founder to be the biggest wanker around so Len has decided to use this as a tool to put this jerk off in his place.

Len Bakerloo’s great great great great great great grandfather Sir Broob the Baker had a number of bakeries in London, all on the one street that still bears his name. He diversified into public toilets, which were scattered all over the city, and were advertised with the song, “Skip to the Loo, My Darling.” Soon, his facilities were called “loos” and, keeping with the standards of the times, he changed his name to “Baker-Loo.”

The only competition came from the Water family and their “closets.”  The two powerful families merged and created the Waterloo and Whitehall Railroad to connect the various Loos and Closets only after the MPs at Whitehall were all promised shares in exchange for not making a stink over “monopoly power.” Parliament thanked them by dedicating a major battle to the company. The Bakerloo Line still connects these various toilet facilities. If you ever visit London, make sure to buy a ticket for this famous ride and tourist attraction.

The Bakerloo family became quite wealthy and adopted the philosophy that only poor people should actually do any work, and even then, only when paid by rich people. If poor people begin working for each other without pay, this will undercut the power of the rich to keep order, and this can only lead to Communism or worse. 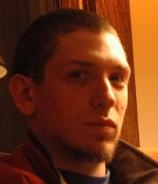 Kotow Shergar is the pen name for Shergar Kotow who does not want his real name associated with this site because he is ashamed to admit that, on occasion, he has helped other people without expectation of return, and on other occasions others have done the same for him.

He credits Humongous Shortage of Work with setting him straight and now will remain unemployed until somebody pays him what he’s worth. Why people are failing to do so is their problem. Shergar expects it has something to do with the economy, and the fact that he’s overqualified for every job out there. Until the corporate world wakes up the fact that he is entitled to oodles of money, he won’t be doing any work for free. That is, except working to persuade people to join his crusade.